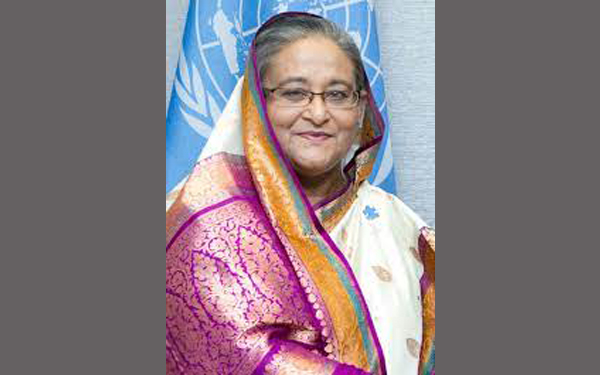 Seeking to assure the predominantly Hindu minorities in her country and the global community at large, Bangladesh prime minister Sheikh Hasina said that her government strongly supports secularism and any attempts to disturb communal harmony are immediately dealt with.

In an interview with ANI ahead of her visit to India, Hasina, however, contended that extremism was not limited to her country as many countries, including India, were witnessing it. She said one of the reasons for the rising extremism was social media, which had become “very very bad nowadays”.

“As long as we are in power, we always give importance to that and I always tell them (the minority) that you are our citizens. You should own our country. But some incidents sometimes take place but immediately we take action. It is sometimes, it happened, it’s very unwanted situation but you know very well it is not only Bangladesh, even India also sometimes minorities suffered,” she said.

There have been reports about attacks and hostility against the minority Hindu population in Bangladesh. Some reports have mentioned attacks on Durga Puja pandals or places of worship. Hasina, however, said that it was important that countries show magnanimity, when asked about incidents of attacks on the Hindu minority population.

“I think that both the country should show their magnanimity and our part, you know Bangladesh is a secular country and we have many religions here. And the religion harmony is here, very much. So one or two incident when it takes place immediately… especially my party… my party people, they are very much, conscious about it and also my government. We immediately take action,” she said.

Asked to comment on the role of the radical community of bloggers and others on social media, Hasina said that it is not desirable that people write things to hurt each other and added that her government tried to curb any such activity.

“Look extremism is everywhere. Even in India or other countries if you see in the world, there are many countries you can find it out. So because of social media it has become very … very bad nowadays. Some people sometimes write something. Even sometimes it’s not the bloggers but even other religion or so … Sometimes they write and then immediately people they come, but we have been trying our best to control it. We never support that. Each and every religion, they have their right to perform their religion properly, and one should not say such a thing that will hurt the other religion,” she said.(ANI)

Permanent Representative of Sri Lanka to the United Nations in New York, Ambassador…

Are liberals and populists just searching for a new master?

Trump on Weisselberg: ‘He Did Whatever Was Necessary’