Cleo Smith seen with her mother after being found.
Tags:
Print Edition

AUSTRALIA: A man has been charged over the alleged abduction of four-year-old Cleo Smith in Australia.

Terence Darrell Kelly, 36, has been charged with various offences including forcibly taking a child under the age of 16.

Cleo has since been seen laughing and playing in her back garden. One of the police officers who found her, Detective Senior Sergeant Cameron Blaine, said: “I can only see her on the outside, but from that point of view, I’m amazed that she seems to be so well-adjusted and happy.

“We were looking for a needle in a data haystack,” he told the BBC.

Police Minister Paul Papalia said Cleo’s discovery was down to “hard police grind” rather than a “random tip or a clairvoyant or any of the sort of things that you might hear”.

In Carnarvon, signs welcomed Cleo home and balloons were raised on buildings. In the state capital of Perth, 560 miles to the south, public buildings were illuminated with blue lights to celebrate her rescue. Cleo Smith disappeared from her family’s tent in remote Western Australia last month, sparking a frantic air, land and sea search.

She was missing for 18 days until being rescued in a night raid on an empty home in the coastal town of Carnarvon — just a short drive from where she went missing. 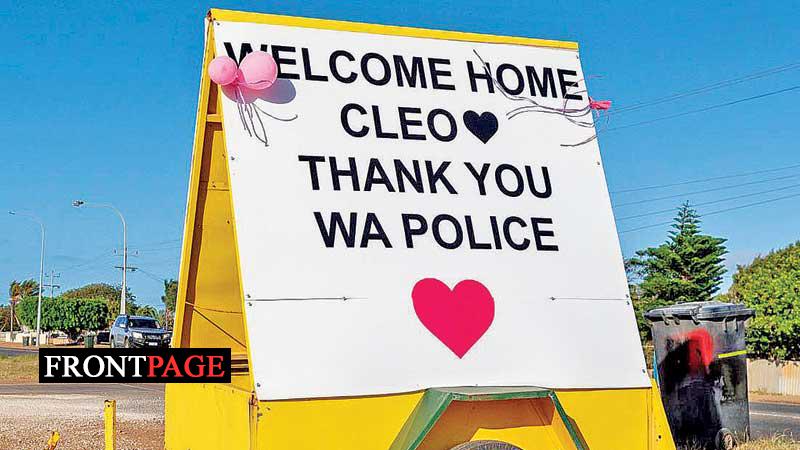 Cloudy skies expected over most parts of the island

Amendment is an urgent need

Commander of the Navy’s father passes away