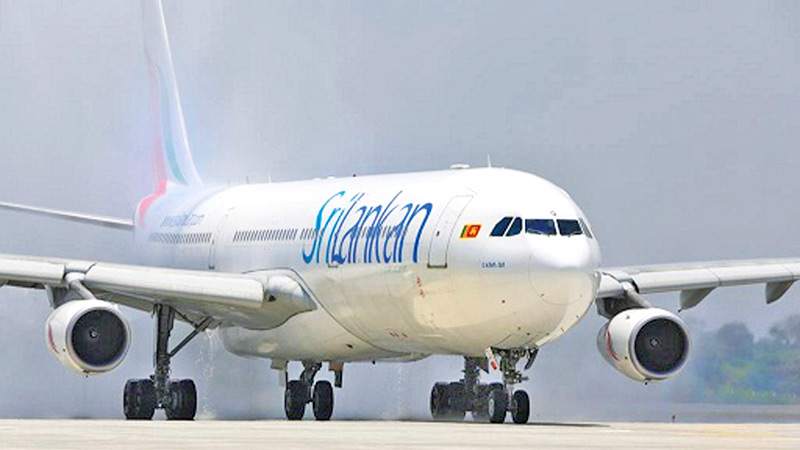 The first commercial flight to Mattala Rajapaksa International Airport (MARIA) which was opened up for commercial operations exactly 9 years ago on March 18 2013 with the arrival of 108 passengers from USA.

First commercial flight to Mattala originated from 8 Emirates gateways in the USA to Dubai, finally connecting to a Sri Lankan Airlines flight connecting via Dubai.

The necessity of having another international airport emerged as vital by the beginning of the 21 st century and subsequently a new plot of land in the Mattala area had been identified as feasible.

Then the construction of the second international airport for Sri Lanka commenced at Mattala in November 2009. This was the brief story of getting our country the second international airport on March 18 2013, nine years ago. The chief organizer of this historic flight was Upul Dharmadasa, the present Chairman of the Civil Aviation Authority of Sri Lanka.

Today we talk to Dharmadasa on commemorating this historic date.

Q: Chairman Upul Dharmadasa can you please explain to us the importance of this historic flight organized by you?

A: We, as Sri Lankans living in the USA, wanted to make our mark to honor this event because generally opening up a new airport is a very rare occasion. For a country like ours, this could be the only opportunity we get to see in our entire life span. Addition of an international airport to any country is a very significant event as it not only enhances the value but gives additional benefit to the country concerned as well. Therefore we were determined that we should arrive to Mattala from the first flight operating as its first Commercial Flight. Proud members of this first flight were those who are living in various parts of the USA.

Q: There could be tremendous work behind arranging this flight. Can you please explain more about your effort?

A: Absolutely. Those who participated in this flight were living across the USA like in cities New York, Los Angeles, Dallas, Fort Worth, Chicago and Houston from various states of the USA. They all gathered in Dubai, UAE on 1 March 16, 2013 to be a part of this historic event as we thought it would be convenient to initiate this important historic flight from Dubai, UAE. The next step of the plan was to land the flight at Mattala International Airport at the scheduled time subsequent to the inauguration ceremony.

Our team managed to make the reservation of Airbus A340-200 aircraft belonging to our national carrier, SriLankan Airlines and then took off from Dubai to Mattala. It is more satisfied and feel contented seeing the present level of the second international airport of Sri Lanka which has expanded its wings across various spectrums and made significant contributions to the economy of our mother country.

Q: Chairman, how significant wad Mattala airport during the pandemic of C19?

A: It was a heartfelt moment of bringing back the stranded Sri Lankan from Wuhan, China during the very beginning period of the Covid-19 Pandemic. This flight landed at Mattala airport. After that flight, there were numerous flights operated to Mattala airport carrying stranded Sri Lankans from almost all corners of the world while adhering to all of the Covid-19 national guidelines.

Mattala airport was used dedicatedly for this task for a considerable time period taking the responsibility of a nation. Not only that, we cannot forget the fact that the usage of this airport as an intermediary point of crew transferring to international vessels operating on the International Vessel Line located a few miles away from the coastline of the airport.

Q: As a veteran of having international experience and exposure of nearly five decades, what kind of strategic actions do you wish to take to develop the airport in the future?

A: Many initiatives have already been taken to move the airport forward to the next level. Many more flexible procedures and convenient systems have been adopted by the airport and the government especially for the betterment of the passengers and the flights arriving at Mattala airport. It has already been decided to continue this atmosphere for the next two years. Many new airlines have already carried out initial discussions to make Mattala as one of the destinations of their network.

Mattala airport can be further developed as a crew transferring point. Since the highway land transport network has already been interconnected with the Mattala airport, I believe that the tourists and commercial flights could be attracted very easily. And it is possible to induce the Mattala airport as an export connecting point of agriculture and other export crops.

Today at this special moment of celebrating nine years since producing the second international airport of the nation with the intention of getting energetic contributions from the aviation sector to achieve the future development targets, I take this opportunity to thank those who contributed immensely for building up the international airport.

I believe the air transport sector received its pioneering position due to the fact that the decisions were taken without hindering the challenges of Covid-19. We have already prepared the necessary developmental and business plans as the line Ministry to convert the Mattala International Airport as a regional center following President Gotabaya Rajapaksa’s vitas of prosperity.

During the difficult time period of Covid-19, we were able to take part in strengthening the export economy by using the Mattala Airport for Covid-19 rescue flight operation, vessel crew transferring, scheduled, cargo and charter flight operations.

We are confident that in future Mattala Rajapaksa International Airport will play its key role to strengthen the national economy with the fully fledged core competency it has gained due to its geographical location. With the support of Magampura Harbor and as a tourist destination, this challenge will be a realistic target to achieve. We have already given our major attention to make a considerable contribution to the export economy.

The airport became a hot topic in the discussions in naval fields as a crew transferring point. Today it is a strong strength for the aviation industry that Mattala International Airport has developed in a way it can give services comfortably to any type of aircraft available in the world at present. We realized this fact during the time of the Covi-19 pandemic.

When Bandaranaike International Airport serves as the key international airport of Sri Lanka, Mattala Airport made its active contribution in silence during the last 9 years for the aviation industry. Many foreign airlines are in the process of negotiations to make the Mattala airport as one of their destinations.

I felt content as a diplomat of the government of Sri Lanka of the decisions taken by the government to build up the second international airport when the necessity arose in parallel to the progress made by the aviation industry of Sri Lanka. Accordingly we as the diplomats of Sri Lanka stationed USA, supported to the team of Sri Lankans living in USA coming forward in arranging first commercial flight to Mattala International Airport.

We realized how valuable of having a full serviced second international airport during the difficult time of Covid-19 pandemic.

I think it is a very good initiative to introduce and implement new strategies of networking with the rest of the world through various means, for example by providing crew transferring facilities. I believe this airport can be further developed by entangling the Southern highway, the land transport system which interconnects the Bandaranaike International Airport and Mattala International Airport.

I take this opportunity to express my best wishes. Field of air transport is developing day by day. It supports the features it encompasses like safety, efficiency and rapidity.

The recent example is its contribution made by the air transport service providers during the Covid-19 pandemic by keeping a continuous and steady supply network for the emergency services.

O/L applications can be submitted online

O/L applications can be submitted online