Russia will not use nuclear weapons in Ukraine: FM 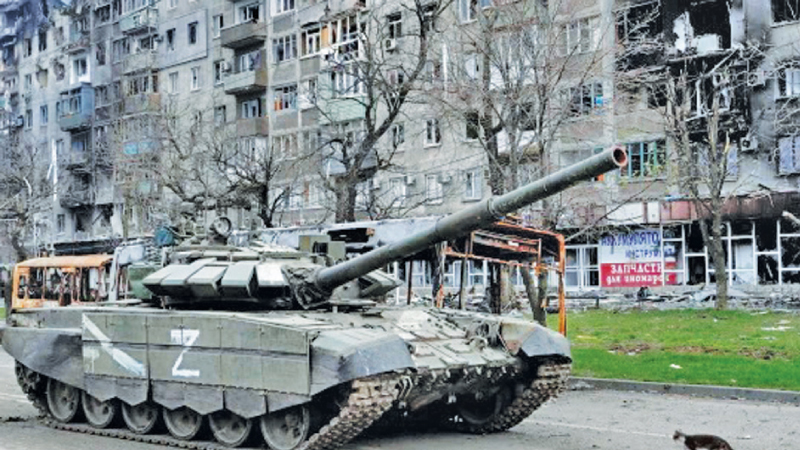 UKRAINE, RUSSIA: Russia will use only conventional weapons in Ukraine, Foreign Minister Sergei Lavrov said in response to a question about the possible use of nuclear arms in the war.

The comments, in an interview Tuesday to India Today television, are among the most categorical from a senior Russian official on the issue, although Lavrov isn’t directly responsible for military decision-making.

Western intelligence officials have warned that the Kremlin might turn to tactical or other limited nuclear weapons from its arsenal if its invasion of its southern neighbor continues to struggle.

In the interview, Lavrov said Russia’s military operation has entered a new phase and will continue. Ukraine said the Kremlin started a new offensive in the Donbas region overnight.

Meanwhile, Russian forces have seized the city of Kreminna in eastern Ukraine and Ukrainian troops have withdrawn from the city, the regional governor said on Tuesday.

Kreminna, a city of more than 18,000 people about 100 km (62 miles) southeast of the capital Kyiv, appears to be the first city captured in a new Russian offensive in eastern Ukraine.

Meanwhile, Russia gave Ukrainian fighters still holding out in Mariupol a fresh ultimatum to surrender on Wednesday as it pushed for a decisive victory in its new eastern offensive, while Western Governments pledged more military help to Kyiv.

Thousands of Russian troops backed by artillery and rocket barrages were advancing in what Ukrainian officials have called the Battle of the Donbas.

Russia’s nearly eight-week-long invasion has failed to capture any of Ukraine’s largest cities, forcing Moscow to refocus in and around separatist regions.

Meanwhile, Ukraine received fighter jets to help resist the Russian invasion, as Moscow intensified its offensive in the east where a besieged officer in Mariupol warned Wednesday his forces were facing their “last days, if not hours”.

The West has responded to a renewed Russian push into the Donbas region with fresh weapons for Kyiv and a push to increase “Moscow’s international isolation”.

The Pentagon said that Ukraine had recently received fighter planes and parts to bolster its air force, declining to specify the number of aircraft and their origin.

Kyiv has asked its Western partners to provide MiG-29s, which its pilots already know how to fly and a handful of Eastern European countries have.

Meanwhile, nearly five million Ukrainians have fled the war since Russia’s invasion, the United Nations said Tuesday, sounding alarm at the rapid exodus and voicing concern that the situation may worsen. UNHCR, the UN refugee agency, said 4,980,589 Ukrainians had left since Russia invaded on February 24 — a figure up 46,174 on Monday’s total.

– THE INDIAN EXPRESS, THE TELEGRAPH INDIA, THE BANGKOK POST