Terrorism deaths down globally, but up in Africa – UN Chief 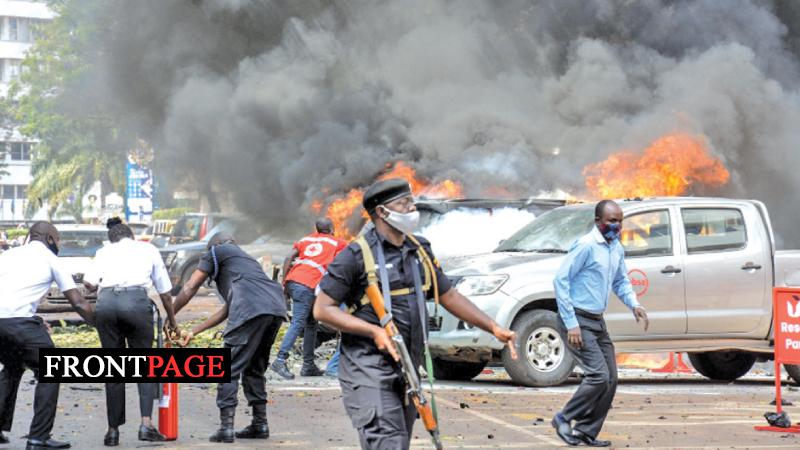 The November 13, 1996 bombings in Kampala, Uganda orchestrated by the Allied Democratic Forces (ADF), an Islamic extremist terrorist group which originated in Uganda but is based in the nearby Democratic Republic of the Congo.
Tags:
Print Edition

UN: The number of deaths from terrorist attacks is down globally but increasing in Africa, UN Secretary-General Antonio Guterres said.

“Sub-Saharan Africa accounted for 48 per cent of deaths attributed to terrorist groups globally last year,” he told a meeting of the UN Global Counter-Terrorism Coordination Compact on Wednesday.

Terrorist groups like al-Qaida, the Islamic State and their affiliates are continuing to grow in the Sahel and make inroads into central and southern Africa, he added.

However, he added that such groups also seek to exploit and manipulate grievances in society and mistrust in governments in largely peaceful countries such as Mozambique and Tanzania.

The UN Chief warned that terrorism cannot be effectively addressed without tackling the conditions conducive to its spread. Weak institutions, inequalities, poverty, hunger and injustice all provide fertile ground for terrorist recruitment and violent extremism.

The Secretary-General said an integrated and holistic approach is essential to the United Nations’ counter-terrorism strategy.

Hanthana Eco Lodge, Serenity & Luxury, in the Heart of Nature

CID to probe ‘Podi Lassi’s’ activities under the Money…